There’s a passage of Scripture that has been weighing on me. It is James 4:17: “Anyone who knows the right thing to do and fails to do it commits sin.” It’s been bothering me because I don’t like to write about contemporary politics. I like to write about the Bible, Christian theology, and the church. For years I have been enchanted by the idea of the “Christian colony,” popularized by Hauerwas and WIllimon. The church is a moral community that should witness to the world by living out its ideals, but the idea that we will somehow be a “transformer of culture,” as H. Richard Niebuhr suggested, was simply so much wishful thinking. As of late that idea has in some ways broken down for me. I still believe that the church should be a strongly moral community that witnesses to the non-Christian world by its way of living. But more and more I have come to believe that there are ethical truths that Christians need to speak into non-Christian contexts for the work of peace, justice, and righteousness.

For almost eleven years I have worked at United Theological Seminary. We have a fairly large Doctor of Ministry program that has long served primarily African-American churches. To be a part of this program, to listen to the amazing sermons of the students and mentors in our program, to engage the great tradition of social witness through preaching that has long characterized the African-American pulpit, has been an education for me. It is not my tradition, but it has shaped me in particular ways. Last year we ran a Doctor of Ministry intensive around the theme of racial justice and reconciliation. One could not sit through the sermons and plenaries without being moved by the lament, the heartbreak, the anger–and the belief that things really could be better, and perhaps someday they will be.

Presently, however, things are not getting better. In fact, with regard to issues of race in the United States, they seem to be getting worse. One could cite several concrete examples to demonstrate this, but I want to focus on the rise of the movement known as the “Alt-Right.” The newfound visibility of this movement shows that we are at a very important moment in our country, a kind of kairos moment that will be studied in eras to come. It is a defining moment for this nation and the church in North America.

What is the “Alt-Right”? According to The Economist,

The name sounds like a keyboard shortcut, which is appropriate because the Alt-Right is largely an online phenomenon. Its more cerebral fellow-travellers reheat criticisms of democracy that have been around since Plato. They argue that government of and by the people is flawed, and would prefer something more like the enlightened absolutism of Prussia under Frederick the Great. These people are not the ones to worry about. The bits of the Alt-Right that matter right now are those who say that members of different races should be kept apart, who aim abuse at Jewish Americans and think that calling a podcast “The Daily Shoah” is striking a bold blow for freedom of speech and against political correctness. To the extent that the Alt-Right dabbles in economics it is highly protectionist. It sees misogyny as a bold rebellion against the prevailing culture. 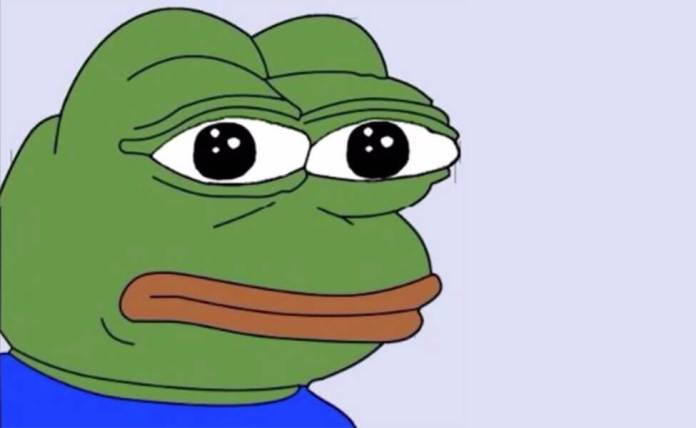 “Pepe the Frog” is the unofficial mascot of the Alt-Right

There are strong racist currents within the Alt-Right movement. According to no less of a conservative standard than the National Review,

Most on the Alt-Right do not only reject the “conservative Establishment” or some other contemporary bogeyman; they also reject the ideals of classical liberalism as such. That rejection grounds the thinking of Jared Taylor, and Richard Spencer, for instance — representative “intellectuals” of the Alt-Right, according to Bokhari and Yiannopoulos. These men — the founders of the publications American Renaissance and Radix Journal, respectively — have not simply been “accused of racism.” They are racist, by definition. Taylor’s “race realism,” for example, co-opts evolutionary biology in the hopes of demonstrating that the races have become sufficiently differentiated over the millennia to the point that the races are fundamentally — that is, biologically — different. Spencer, who promotes “White identity” and “White racial consciousness,” is beholden to similar “scientific” findings.

This movement was essentially underground until there emerged a viable political candidate around whom its adherents could rally. Now it has come into the mainstream. This is both bad and good. It is bad because this movement has power it never had before. Our current election has given it a modicum of legitimacy. It is good because this movement has long been lurking beneath the surface and we can now face it in the light of day.

One would expect liberals, Democrats, and progressives of all sorts to oppose this movement. The most important criticism, however, will need to come from conservatives. The Alt-Right movement has hitched itself to the conservative political wagon. Bear in mind that this movement does not express traditionally conservative values. As this article in the Daily Wire points out, the Alt-Right movement occupies some of the same political space as traditional conservatism, but it expresses very different values. Traditional conservatives who are willing to align with the Alt-Right in hopes of accomplishing particular aims are developing a very dangerous alliance, one that compromises some of their most important principles.

And that brings us to Donald Trump. The Alt-Right’s support of Trump is troubling, to say the least. That there is a coalescence of ideologies sufficient to garner unprecedented Alt-Right support of a mainstream candidate shows us that we are in a new day in American politics. You can read articles discussing the connections between Trump and the Alt-Right in publications such as The Atlantic,  the New York Times, the National Review, the New Yorker, and U.S. News and World Report. I myself have expressed before my deep opposition to Trump.  In fact, I have expressed reservations about both candidates, though Trump’s particular shortcomings put him a class by himself.

Others have made this argument before me. Sister Joan Chittister made similar claims some time back. She was subsequently lauded by liberals and lambasted by conservatives. It was clear that many people misunderstood her statement, which was less about the ethics of abortion than it was about the need to care for people both before and after birth. I am certainly no expert on Roman Catholic ethical teaching, but an ethic that values life both before and after birth is consistent with the encyclical of John Paul II, Evangelium Vitae, which states,

In our service of charity, we must be inspired and distinguished by a specific attitude: we must care for the other as a person for whom God has made us responsible. As disciples of Jesus, we are called to become neighbours to everyone (cf. Lk 10:29-37), and to show special favour to those who are poorest, most alone and most in need. In helping the hungry, the thirsty, the foreigner, the naked, the sick, the imprisoned–as well as the child in the womb and the old person who is suffering or near death–we have the opportunity to serve Jesus. He himself said: “As you did it to one of the least of these my brethren, you did it to me” (Mt 25:40). Hence we cannot but feel called to account and judged by the ever relevant words of Saint John Chrysostom: “Do you wish to honour the body of Christ? Do not neglect it when you find it naked. Do not do it homage here in the church with silk fabrics only to neglect it outside where it suffers cold and nakedness” (87).

This kind of argument does not fit neatly within our political parties because it is not primarily a political argument, but a theological one. To be more precise, it is a position rooted in theological anthropology. That is why the same encyclical emphasizes the need for proper catechesis on this matter: “Teachers, catechists and theologians have the task of emphasizing the anthropological reasons upon which respect for every human life is based” (82).

From a Christian perspective, a high view of human life should extend not only to the unborn, but to the already-born. A candidate who emphasizes one but not the other is theologically incoherent. Or, to put it differently, it is not enough to respect human life in the abstract. That respect must translate into a high regard for actual human beings. In truth, then, we do not have a truly pro-life candidate in this election.

If alt-right proponents wish to spew their own brand of degrading nonsense, that is a price we pay for life in a relatively free society. Christians, however, should speak up in opposition when they encounter ideas inconsistent with the value that God has assigned to human beings–all human beings. We must challenge these ideas. We must drag them into the court of public opinion and make our best case that there is a more excellent way. We must find our voices, unashamed of the truth of the Gospel. And we must do so with dignity, integrity, and intellectual rigor.

I consider myself conservative, but to be honest, that designation is not very important to me. I don’t care about being conservative, evangelical, Republican, or anything else like that. My identity is in Christ. I want to follow Jesus, and I want to have the courage to go wherever that takes me. “Anyone who knows the right thing to do and fails to do it commits sin.” That Scripture is weighing on me. I hope it’s weighing on you, too.

18 thoughts on “Christians and the “Alt-Right””

A blog about The United Methodist Church