There are some Christian beliefs that through the centuries the Church has left broadly open for debate. For example, there is no single canonical doctrine of atonement. Rather, Christians through the centuries have affirmed that while Christ did atone for our sins, we have a range of options for understanding this truth. We have remained equally open to debate on matters of eschatology. What does it mean to say that Christ will come again? How will this happen? What will it entail? 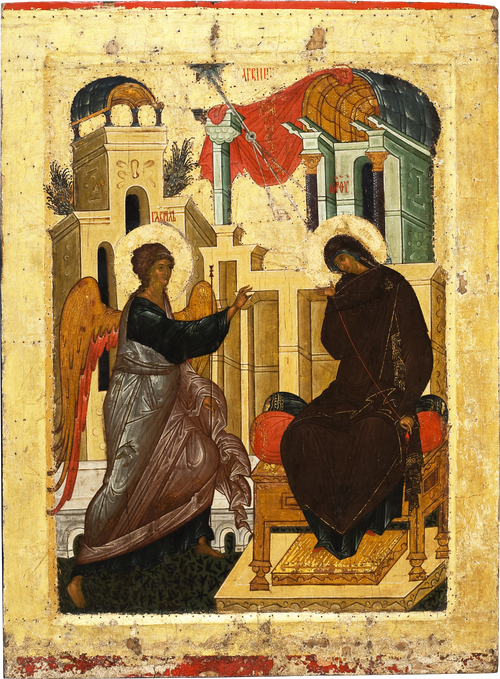 As to why we would ever want to dispense with this doctrine, I confess I am at a loss. The virginal conception of Christ is of a piece with the doctrine of the Incarnation. Consider how the Athanasian Creed describes it:

For the right faith is, that we believe and confess that our Lord Jesus Christ, the Son of God, is God and Man; God of the Substance of the Father, begotten before the worlds; and Man of the substance of His mother, born in the world; Perfect God and perfect Man, of a reasonable soul and human flesh subsisting. Equal to the Father as touching His Godhead, and inferior to the Father as touching His manhood….

According to this creedal formulation, Christ bears the substance of his divine Father and his human mother. This is a way of affirming the truth of Christ’s full humanity and full divinity, both of which are necessary in order for Christ to redeem humankind from the power of sin and death.

I realize that, for some people, the story of the virginal conception of Jesus is simply not believable. For that matter, however, much of what we confess about Jesus is, by certain standards, unbelievable: that he is the incarnation of the eternal God, fully divine and fully human; that he cast out demons and healed the sick; that on the cross he took upon himself the sins of the world; that after three days he rose from the dead; that he will come again as savior and judge. To believe these kinds of claims, one must, in the words of my friend Billy Abraham, cross the threshold of divine revelation. In other words, there is a certain thought-world into which one must enter in order to hold these miraculous faith claims to be true. It is not the “disenchanted” world of modernity (to use Taylor’s phrase). It is the world of the “porous self,” in which human beings live within a spiritual world that comes to bear on their lives in very direct ways.

I often lament the demythologizing of Advent and Christmas. The story of God’s coming into the world through the Virgin Mary in this small and insignificant town on the eastern frontier of the Roman Empire, in the midst of poverty and political turmoil, is relentlessly hopeful. Mary’s words to Gabriel: “Here am I, the servant of the Lord; let it be with me according to your word” (Luke 1:38) is a model of faith and obedience to God for all who claim to be Jesus’ followers. That God would unite perfect divinity and broken humanity in the life of this baby is the poetry of our redemption. What is not assumed, said Gregory of Nazianzus, is not redeemed. Yet Christ assumed every aspect of our nature, and now redemption is ours. We don’t have to live in our brokenness anymore. Because God has taken on our nature, we can become participants in the divine nature (2 Peter 1:4).

There is beauty in simply abiding in the mystery and power of a God who will draw to himself all of creation through the vulnerability of a young woman and the child she will bear. In this season, I encourage you to lay aside the post-Enlightenment skepticism that we drink in from our childhood. Instead, abide in God’s miracle and receive the love, forgiveness, and power that we have in Jesus Christ.