This is the first of a few posts (I hope) on Advent, Christmas, and the miraculous. To get at the these topics, though, I have to lay down a basic framework for discussion. So… if you can make your way through this geeky first post, you might find it helpful in thinking about the miracles we affirm in the Christmas story.

This semester I read through Charles Taylor’s massive opus, A Secular Age (Belknap, 2007). In this work, Taylor spends nearly 800 pages tracing Western intellectual history over the last 500 years. He describes his task in this way: “[T]he change I want to define and trace is one which takes us from a society in which it was virtually impossible not to believe in God, to one in which faith, even for the staunchest believer, is one human possibility among others” (3). This statement defines the notion of secularism that Taylor investigates throughout the book. In the year 1500, basically everyone in the West was religious, and most people were Christian. Today, it is possible to live life entirely apart from any of the major religious traditions, and even within a purely materialistic framework. 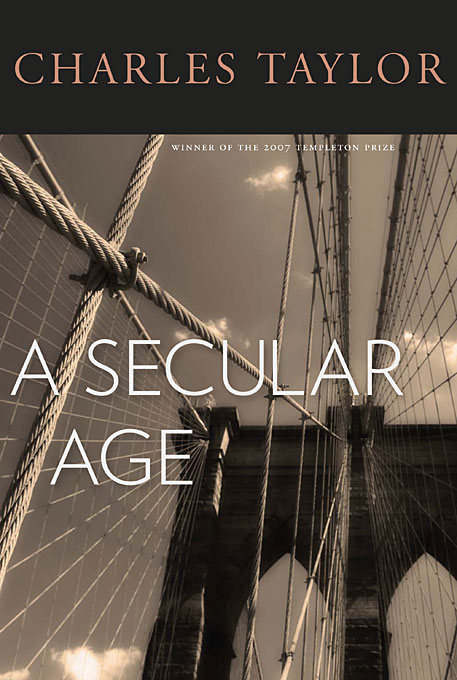 Taylor’s work is so vast and complex that it is difficult to summarize. There are three concepts, though, that I believe are particularly important for our discussions within the church today.

1. Disenchantment – We used to live in an “enchanted” world. In other words, we used to see the world as inhabited by a variety of unseen spiritual beings, such as angels and demons. Today, however, even if we conceptually believe in such beings, they don’t do much heavy lifting for us.

2. The “buffered self” – In the enchanted world, we understood ourselves as “porous.” By this, Taylor means that we saw ourselves as vulnerable to the ongoing influences of the enchanted world. Angels, demons, saints, and other spiritual beings exerted themselves upon our lives, and these exertions were consequential for our day-to-day activities. Today, not so much… We don’t see ourselves as porous, but “buffered.” We understand ourselves as largely autonomous, self-guided beings. To the extent that outside forces exert influence on our lives, we see these forces as cultural, rather than spiritual.

3. The “immanent frame” – This is a very complex idea, but, in a nutshell, Taylor argues that our primary means of engaging the world today is one of “immanence,” rather than “transcendence.” We understand ourselves and the world around us as something we make. We place a high value on “instrumental rationality,” i.e., what we can accomplish by our own skill and understanding. As we shape the world around us, we look to our own devices, rather than to a transcendent reality.

An immanent frame, however, doesn’t necessarily mean that we are not religious. There are “open” and “closed” versions of the immanent frame. Think about your average mainline or evangelical church. Presumably, the people who attend there on Sunday mornings believe in God. They have an “open” immanent frame. God exists, and they may also, at least theoretically, believe that God is an agent in this world. That said, what do they expect of God? How do these beliefs affect their day-to-day actions and expectations about the world around them? In fact, the effects of these beliefs on their lives may be quite minimal. They do not profess a “closed” immanent frame, which is basically the rejection of anything beyond materialism. Nevertheless, their perspective is basically focused on the “immanent.”

The subtraction story, says Taylor, is woefully incomplete. Atheism and other forms of secularism result not simply from the subtraction of religious beliefs. Rather, secular positions, like religious ones, depend upon certain cultural and intellectual developments over time. In other words, to be an atheist is not simply the denial of certain propositions. It is also the assertion of certain propositions. For example, an atheist may assert that the universe is entirely material. He or she may assert that life is meaningless, or that the meaning of life is to be found in something other than the transcendent. In any case, the atheist’s positions involve more than simply the denial of religious propositions. They involve presuppositions that we can situate within the history of ideas. Taylor works through the Reformation, Romanticism, Deism, Unitarianism, and other movements that have contributed to the “immanent frame” in both its closed and open forms.

Okay… so back to Advent and Christmas…. 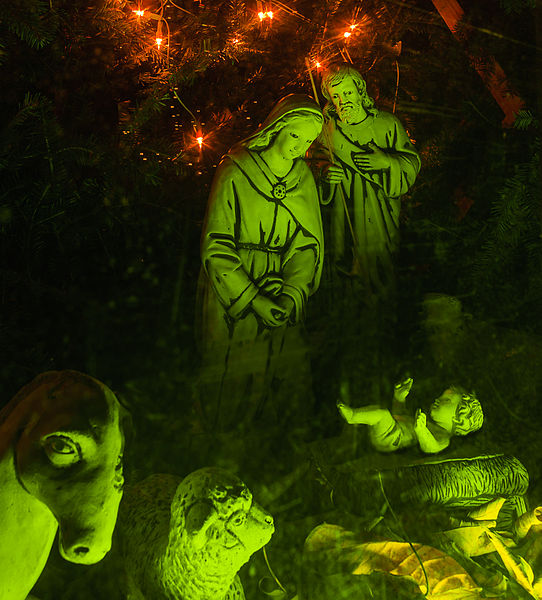 The story we celebrate in this season is a story that assumes an enchanted world. It is not the world of the buffered self. It’s the world of the porous self. Its frame is not immanent, but transcendent. It is a world in which the God of all creation comes to rescue us from the power of sin, death, and the demonic by becoming one of us in the womb of a young virgin. It is a world of angelic visitations, prophecies, and other signs and wonders. It is a different worldview formed by different cultural forces, but perhaps its grasp of reality is in some ways more clear-eyed than our own.

What if the stories that have shaped us in from the beginning of modernity into the present day have hobbled our ability to perceive the work of God in the world? What if they have unnecessarily diminished our expectations? Of course we have gained a great deal from the insights of modernity, particularly in fields such as science and medicine, but what are the liabilities of modernity? We’re often content to point out the cultural presuppositions of the pre-modern world while refusing to look closely at our own. Perhaps less immanence and more transcendence would help us to receive anew in this holy season what God has done for us in Jesus Christ.

That’s all for now… more to come.

10 thoughts on “Advent, Christmas, and the Miraculous, Part 1”