Last Friday night my wife and I celebrated twenty-two years of marriage by having dinner in downtown Dayton. More specifically, we ate in Dayton’s Oregon District. This quirky, semi-bohemian part of town is home to some of our best restaurants and more than a few popular bars. It’s a place where the people of Dayton have long gone to relax, meet friends, and enjoy life.

After we finished eating we decided to walk around and take in the first cool evening we’ve seen here for some time. The Oregon District was full of people. The restaurants and bars seemed as busy as ever. Yet this is not the same place it was a month ago.

The ubiquitous “Dayton Strong” banners and stickers stood defiantly in the windows and doorways of downtown establishments. Daytonians display these same words on t-shirts throughout the city now. Dayton has to be strong because this small city has endured nothing less than radical evil. 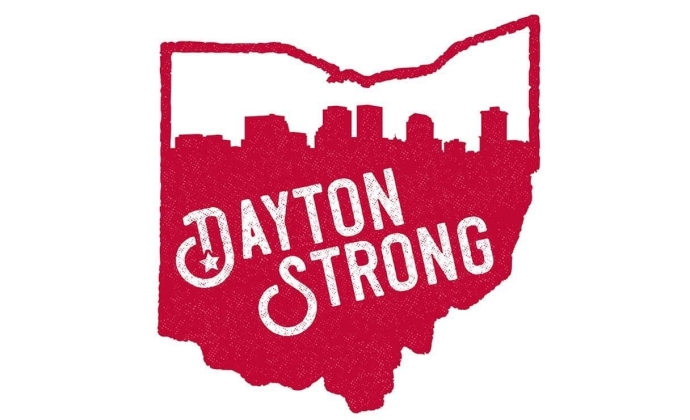 We walked past a bar called Ned Pepper’s. Four police officers were standing in front of it. Ned Pepper’s is today likely no more dangerous than any other part of the city, but the presence of the four officers was comforting nonetheless. Three weeks ago a gunman approached this bar, killed nine people in thirty-two seconds, and wounded twenty-seven others. Undoubtedly many more would have died had the police not responded so quickly.

Dayton has to be strong, as do so many cities around the United States now. The radical evil of seemingly random mass shootings has become so commonplace we are no longer surprised when it happens.

In one of the 2019 Democratic debates, Marianne Williamson spoke of a “dark psychic force” that is afflicting our nation. I don’t agree with Williamson on very much, at least not religiously. And yet with all the Christians in the presidential race, it took a new age purveyor of American pop religion to name the fact that our nation doesn’t just have a set of policy problems. Our nation has a spiritual problem. I wouldn’t call it a “dark psychic force,” but I’m grateful that somebody–anybody–has named the fact that we have a serious and abiding spiritual problem in this country.

When Christians are baptized, we renounce what my tradition calls “the spiritual forces of wickedness.” Other traditions are more specific, renouncing “Satan and all his works.” When we do this, we acknowledge that things can can go wrong with us not just mentally and physically, but spiritually. We are not just organic material that has attained self-awareness. There is a spiritual component to every aspect of our lives. Likewise, our problems nationally are not simply matters of policy. They are matters of the heart. They are matters of good and evil.  They are spiritual. When events like the Dayton shooting take place, we witness the reality of radical evil.

As people of faith, we can pray with the Psalmist:

Create in me a clean heart, O God,
and put a new and right spirit within me.
Do not cast me away from your presence,
and do not take your Holy Spirit from me.

Begin with us, O God. Create in us who follow Jesus the will, wisdom, and strength to overcome our besetting sins, to demolish strongholds, and to lead others to do the same. Give us the power to speak life into a culture that is obsessed with death.

I realize that there are people who would see these ideas as sheer nonsense. Focusing on the “spiritual,” they would say, simply distracts us from the real problems of mental illness and the proliferation of assault weapons. Yet as Christianity has declined in the West, we have not entered into a new age of peace and civility, as proponents of secularism have always promised. Our problems have only multiplied. We live increasingly in a culture of death. Life is cheap, from its beginning to its end. What would it look like to live in a culture of life?

Christ came that we may have life, and have it abundantly. He offers us new life and sends the Holy Spirit, who is “the Lord, the Giver of life.” There is a spiritual problem besetting our nation, and until we recognize this fact, we will continue our descent into death. Our nation doesn’t just need new policies. It needs a new heart, and that is something only God can give.

One thought on “Create in us a clean heart”