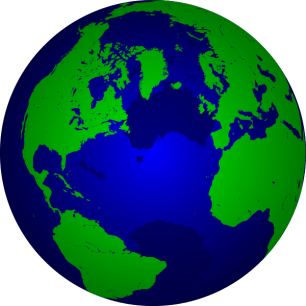 The Committee on General Conference met recently. Its members made some decisions that seem to be of considerable significance going forward. For example, they decided to move the GC out of the USA in 2024 (Manila, Philippines) and 2028 (Harare, Zimbabwe). Great idea! The North American church will almost assuredly represent a minority voice in the denomination by then. I’m glad to see our denomination dealing realistically and proactively with the global nature of the UMC.

Another matter they took up, not surprisingly, was the upcoming debate around human sexuality. According to UMCOM, “The Commission on the General Conference gave the go-ahead for an alternative process of discernment for dealing with legislative petitions that may benefit from discussion in small groups.”

The primary issue for which this process will be used is human sexuality. It would have to be approved by the delegates at the conference. The article continues:

The Commission adopted a tentative process and authorized the executive committee to further refine the specifics of the plan, whereby General Conference delegates will have the opportunity to discuss selected legislation in small groups. The small groups will give reports of their discussions to a facilitation team of delegates, who would be elected near the start of General Conference. The facilitation team would compile the information, look for trends and directions, develop a report to the plenary and craft a petition or petitions which will then come to the plenary for consideration according to the current rules of the General Conference. The full plan will be shared once it is fully developed.

The rationale behind this proposed change of process, however, is unclear. Apparently this is in response to a request from the 2012 GC to “look at possible ways to move the General Conference debate from issues of governance towards building consensus on ministry.” Hey, I’m all for building consensus on ministry. But let’s be clear: over the last quadrennium, we have experienced a breakdown in our system of denominational governance, and we need to address these matters.

Now, here’s the part that is most confusing to me: “In addition, the Connectional Table requested a change in the process and rules for dealing with all legislation regarding homosexuality in small groups –instead of in legislative committees – to be discerned ‘through the lens of the values of centrality of mission, unity for the sake of mission, and our identity as Christians and as United Methodists.'”

Okay… as opposed to what? Ideally, shouldn’t these values come to bear in important ways on every decision that we make?

Is there a subtext I’m not seeing? What am I missing here?

18 thoughts on “General Conference matters… One I get, and a couple I don’t”

A blog about The United Methodist Church